Animal-free Recombinant Human FGF-8b is expressed in human 293 cells as a monomeric glycoprotein with an apparent molecular mass of 30 to 45 kDa. This wide molecular mass is due to glycosylation, which is absent when this cytokine is expressed in E. coli. Production in human 293 cells offers authentic glycosylation. Glycosylation contributes to stability in cell growth media and other applications. The cytokine is greater than 95% pure. 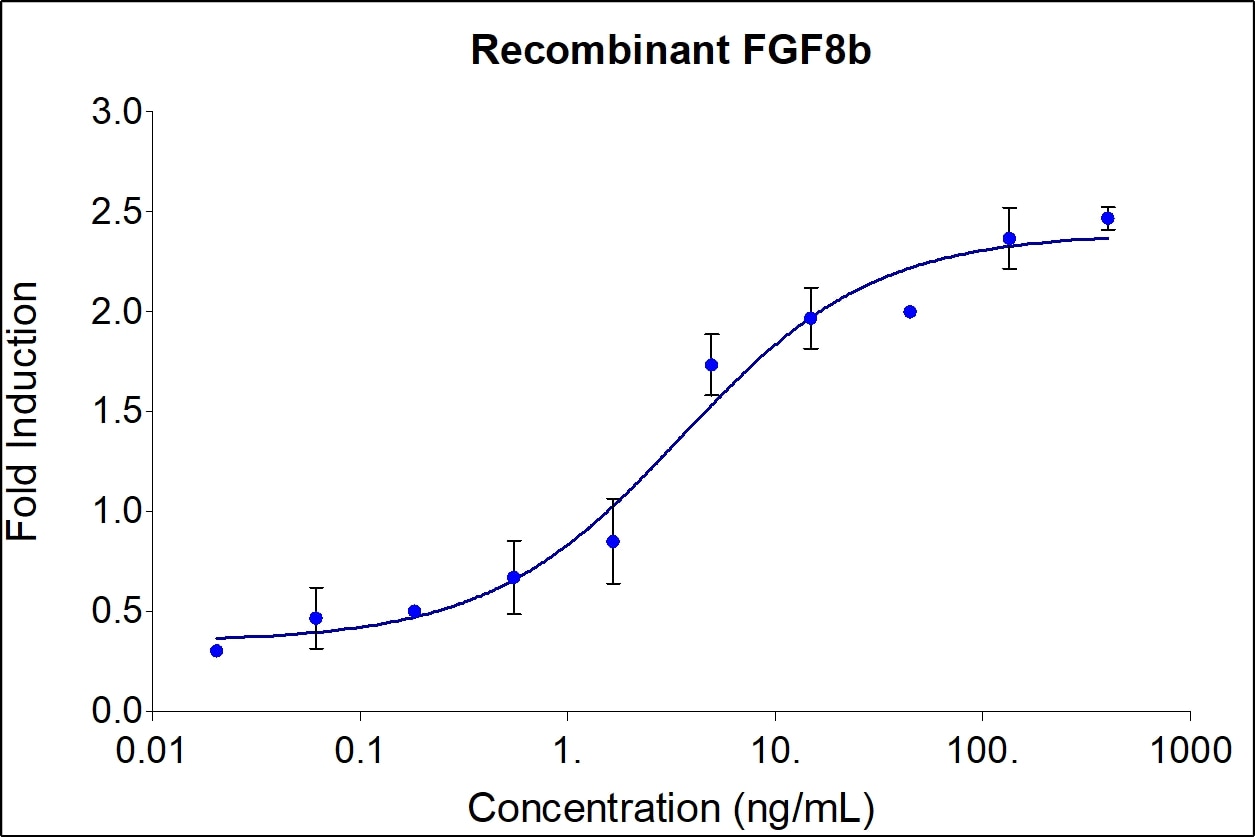 The protein was resolved by SDS-polyacrylamide gel electrophoresis and the gel was stained with Coomassie blue.