The life of a scientist is not one path, it varies person to person. Proteintech's Scientist Spotlight is a monthly highlight of a scientist and their unique journey to discovery. 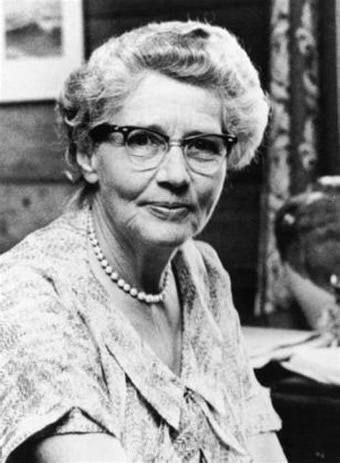 This month’s “Scientist Spotlight” is on cardiologist Dr. Helen B. Taussig. Taussig is credited as the founder of the field of pediatric cardiology after her work on babies born with anoxemia, or “blue baby” syndrome. “Blue baby” syndrome is caused by a lack of oxygen in the blood, resulting in a blue tint to the baby’s skin. It can arise due to congenital heart defects or environmental factors. A severe congenital heart condition that causes “blue baby” syndrome is Tetralogy of Fallot (TOF), a defect consisting of four cardiac abnormalities. The pioneering work of Taussig and her colleagues resulted in a procedure that prolonged the lives of infants suffering from TOF, and a modified version is still used today. Taussig’s road to becoming a life-saving physician is inspirational for everyone, especially aspiring women in science.

Taussig was born in 1898 in Cambridge, Massachusetts and she quickly became familiar with adversity. As a child, Taussig suffered from an ear infection causing partial hearing loss, which later progressed, leaving her fully deaf as an adult. In addition, she struggled with severe dyslexia early on in her education. Taussig also contracted tuberculosis, the same ailment her mother succumbed to, and was ill for several years. Understandably, these hardships made her early school days difficult. However, with her father’s extensive tutoring and her innate determination to excel, Taussig did quite well in school. She went on to receive her undergraduate degree from the University of California-Berkeley.

Taussig’s challenging journey, however, did not end there. After receiving her BA, she aspired to go to Harvard Medical School. At that time, Harvard did not award degrees to women. Taussig had a similar experience when attempting to enroll at Boston University. She was allowed to attend biology courses with the understanding that she would not receive a degree and could not sit near or interact with her male classmates. Taussig eventually transferred to Johns Hopkins University where she was able to rightfully obtain her MD. She remained loyal to the university for the rest of her career and became the first woman at Johns Hopkins to hold a full professorship.

It was at Johns Hopkins where Taussig, Alfred Blalock, and Vivien Thomas developed the procedure that would help countless babies suffering from TOF. By this time, Taussig fully relied on hearing aids and lip-reading. She would use an amplified stethoscope or her hands to feel any discrepancies in the rhythm of infant heartbeats. Through observations of several types of heart defects in babies, Taussig realized that those suffering from TOF had a lack of blood flow to the lungs. These findings spearheaded the development of the Blalock-Thomas-Taussig shunt. The shunt connected the subclavian or carotid artery to the pulmonary artery, allowing for the blood to become oxygenated. Taussig and her colleagues tested the experimental procedure in dogs and then successfully in a handful of patients. The Blalock-Thomas-Taussig shunt is still often used in babies with TOF prior to performing more complex open-heart surgeries.

Later in her career, Taussig was a key leader in the campaign to ban FDA approval of thalidomide to treat morning sickness for pregnant women after it was linked to birth defects. As women’s rights became more prominent, Taussig’s work was recognized, and she received many honors for her accomplishments. In 1965, she became the first woman president of the American Heart Association. Taussig lived an inspirational life, fighting through every obstacle thrown her way, in order to save the lives of others. Click here to read more about Dr. Helen B. Taussig.

Spindler, L. (2020, April 21). Helen B. Taussig, MD: A pioneer in the diagnosis and treatment of congenital heart disease. The Women in Medicine Legacy Foundation. Retrieved April 15, 2022, from https://www.wimlf.org/blog/helen-b-taussig-md

In honor of DNA Day and the observed 100th birthday of the pioneering biochemist who uncovered the genetic code, our first “Scientist Spotlight” focuses on Dr. Har Gobind Khorana (image, left). In 1968, along with Marshall W. Nirenberg and Robert W. Holley, Khorana won the Nobel Prize in Physiology or Medicine for the groundbreaking discovery that connected DNA to protein synthesis.

However, Khorana’s arduous journey that led him to becoming a Nobel Prize-winning scientist makes his story even more inspiring. Khorana battled poverty at a young age, not even owning a pencil until age 6 and getting his initial years of schooling under a tree. Persevering through these hardships, Khorana went on to receive his PhD in organic chemistry from the University of Liverpool in 1948. Khorana eventually secured a fellowship at University of Cambridge where he used the chemical N,N’-Dicyclohexylcarbodiimide (DCC) to assemble and dissemble strings of amino acids and nucleotides. From there, Khorana established his own laboratory, first at the University of British Columbia and then moving to the University of Wisconsin-Madison. Khorana continued utilizing DCC to synthesize DNA sequences and eventually introduced them to cellular elements which translated the DNA into amino acids and partial proteins. These findings were monumental as they gave rise to our understanding of codons and how the order of nucleotides controls protein synthesis. Khorana continued his research and eventually created the first synthetic gene.

Although Khorana’s work was groundbreaking, racism obstructed his recognition, and he was often neglected by authors and interviewers. Khorana also faced racial slurs against himself and his mixed-race family throughout his career and suffered from discrimination at work where he was paid less than his white colleagues. Khorana’s determination and dedication led him on a path to becoming one of the most influential biochemists, and it is finally time to celebrate all his achievements. Click here to read more about Dr. Har Gobind Khorana. 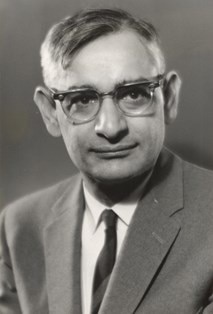