Rett syndrome - the second leading cause of mental retardation in women

In 1966, Rett syndrome was for the first time described as a clinical issue.

A few words about Rett syndrome

MeCP2 is a nuclear protein that is expressed widely in different tissues but is most abundant in the neurons of a mature nervous system (1, Figure 1). 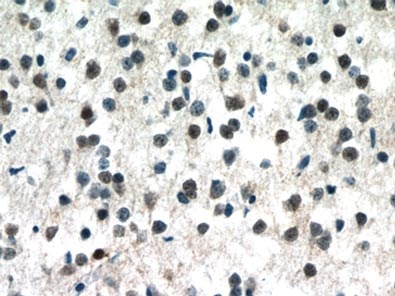 Although the function of MeCP2 remains unknown, it is considered likely to regulate gene expression, either through the silencing or activation of specific genes or by more global regulation of transcriptional processes (2). RTT was the first neurodevelopmental disorder related to epigenetics. The CDKL5 and FOXG1 genes have since been associated with variant forms of Rett syndrome (3).

RTT is a postnatal progressive disease with a normal prenatal and perinatal period. Rett patients also have proper brain development during the first 6 to 18 months of age, which is known as the stagnation stage. During this time girls achieve normal neurodevelopment, motor function, and communication skills. However, developmental regression subsequently appears (4, 5).

During the active regression stage of the disease, which occurs between the ages of 1 and 4 years, girls lose the ability to speak and the purposeful use of their hands. Very often they also show autistic features, related mostly to a reduction in interpersonal contact. There is a deceleration in the rate of head growth caused by microcephaly. Neurological evaluations show cortical hyperexcitability on an electroencephalogram, indicating a loss of developmental features.

In the third, pseudostationary, phase of the disease, which occurs between the ages of 4 and 7 years, girls become more alert but with more abnormalities, including teeth grinding, screaming fits, severe scoliosis, reduced somatic growth, low mood, or night crying and laughing. Epilepsy is also briefly evident at this time. Stereotyped hand movements are seen, typically in the form of hand-wringing and washing but also hand tapping/clapping or clasping. Eye contact, while initially reduced, somehow returns, and a child may come to look more alert and joyful, with typical eye-pointing behavior to express needs and wishes.

During the late motor deterioration stage, occurring at ages 5 to 15 years and older, girls begin to have cardiac abnormalities (bradycardia and tachycardia) that carry a high risk of sudden death due to respiratory dysfunction. In many cases, lack of mobility leads to a state called frozen rigidity. However, some girls never lose the ability to walk and remain at stage 3 throughout their lives (summary in Figure 2). 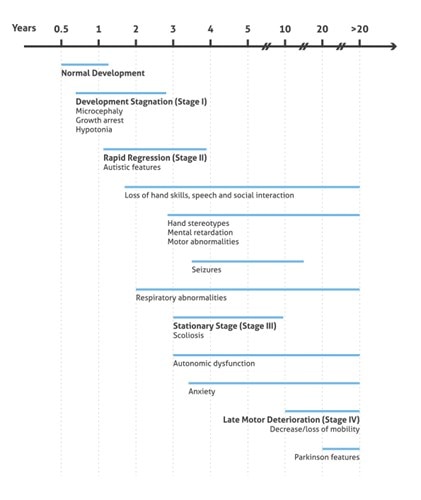 Figure 2. Illustration presenting the onset and progression of RTT Clinical Phenotypes (based on 3).

Also, levels of microtubule-associated protein 2 (MAP2, Figure 4) have been found to be reduced by the loss and gain of MeCP2 expression in accordance with the involvement of MeCP2 in shaping dendritic morphology.

Figure 3. Mouse brain tissue was subjected to SDS PAGE followed by western blot with 10166-1-AP (DOPA decarboxylase antibody) at a dilution of 1:1000 incubated at room temperature for 1.5 hours. 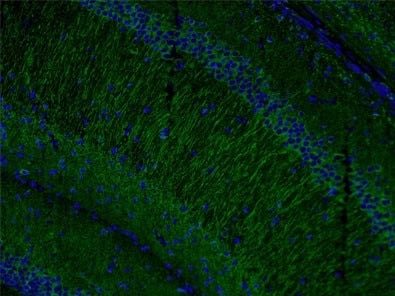 Mice models are helping us to understand the mechanisms and pathology of many diseases due to mouse brain having a similar structure to a human brain.

There is still no effective treatment available for Rett syndrome. Mecp2 knockout mice have a range of physiological and neurological abnormalities that resemble the human syndrome and can be used as a model to interrogate new clinical therapies targeting Rett abnormalities.