Cyclin-dependent kinase 6 (CDK6) is an enzyme belonging to the CDK family. CDK6 is a catalytic subunit of a

protein kinase complex that is essential for progression through the G1 phase of the cell cycle and G1/S transition,

(PMID: 8114739). CDK6 was long thought of as a redundant homolog of CDK4 as they perform similar roles in cell

cycle progression. But recently it has become apparent that CDK6 and CDK4 differ in tissue-specific functions,

where CDK6 plays a role in differentiation (PMID: 16410727) but also in contribution to tumor development.

What is the molecular weight of CDK6?

What is the subcellular localization of CDK6?

CDK6 is ubiquitously expressed through the nucleus and cytoplasm. However, the most active complexes are

located in the nuclei of proliferating cells.

What is the expression pattern of CDK6?

CDK6 activity first occurs midway through the G1 phase. Its expression is regulated by D-type cyclins and

What is CDK6’s role in cancer?

hallmarks of cancer, such as sustained proliferative signaling and dysregulated cellular energetics. Deregulation

of CDK6 has an important role in lymphoma by increasing angiogenesis (PMID: 23948297) and upregulated CDK6

expression is also associated with a poor clinical prognosis in medulloblastoma (PMID: 23172372). 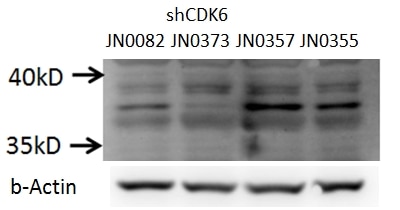 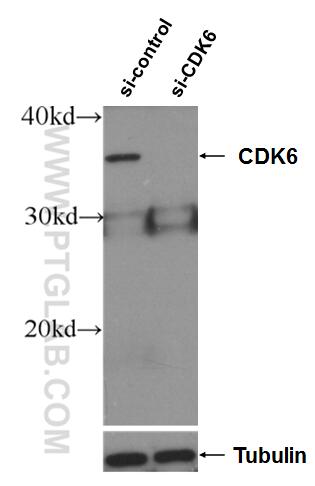 Jurkat cells were subjected to SDS PAGE followed by western blot with 14052-1-AP( CDK6 Antibody) at dilution of 1:1000 incubated at room temperature for 1.5 hours 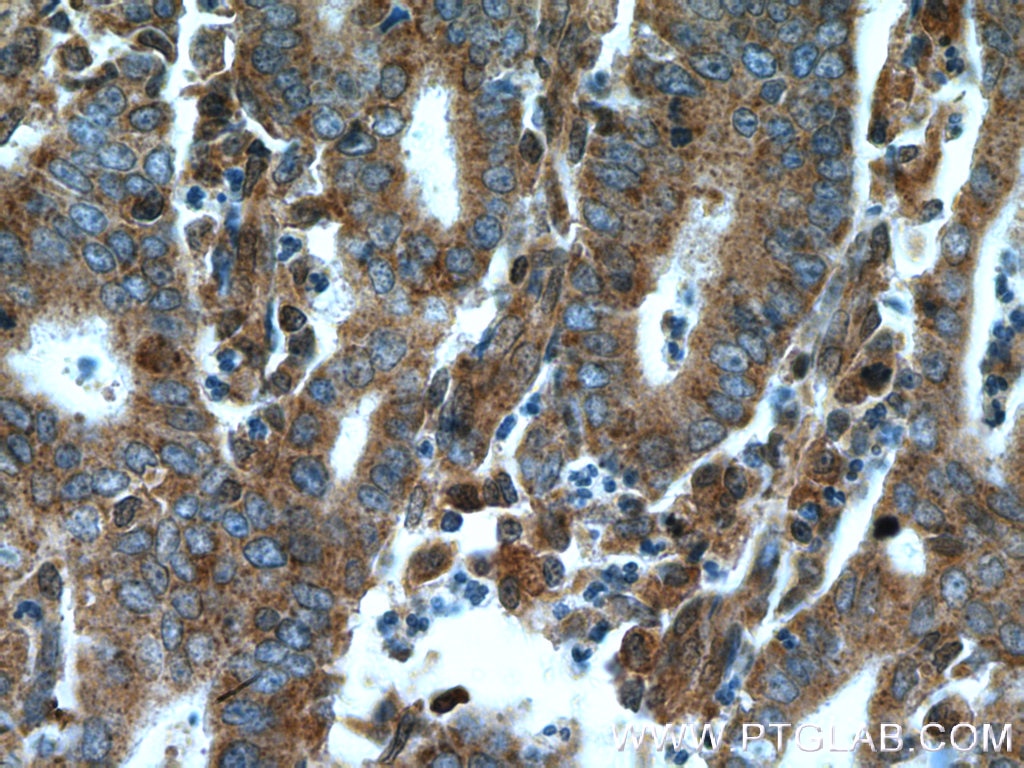 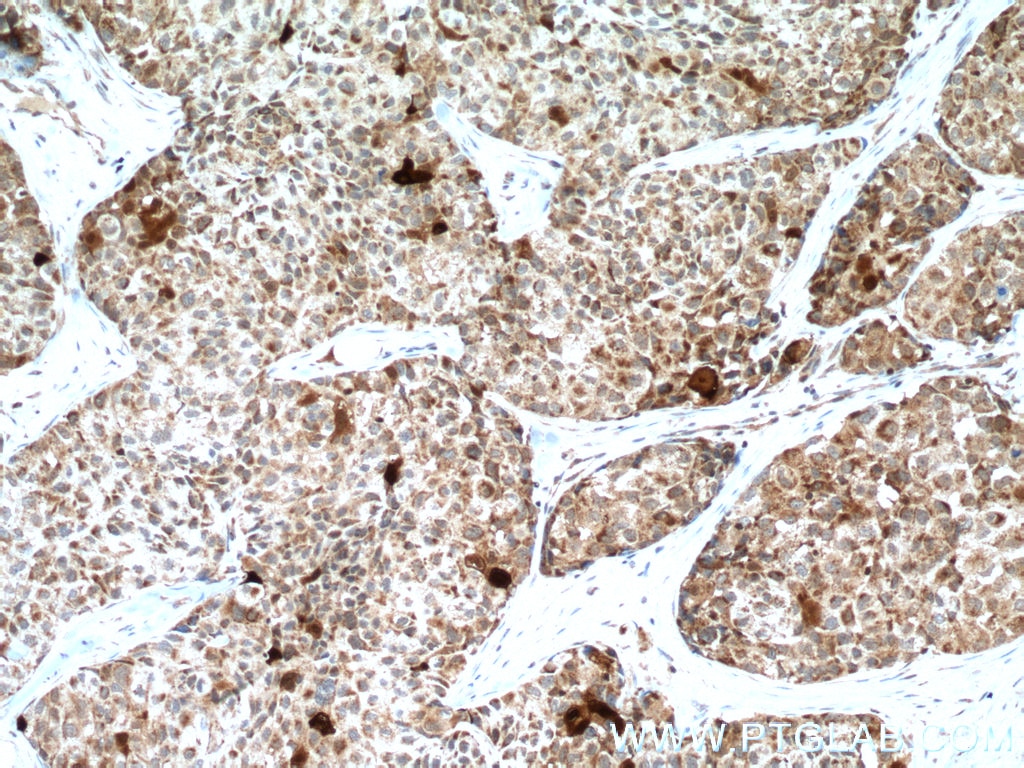 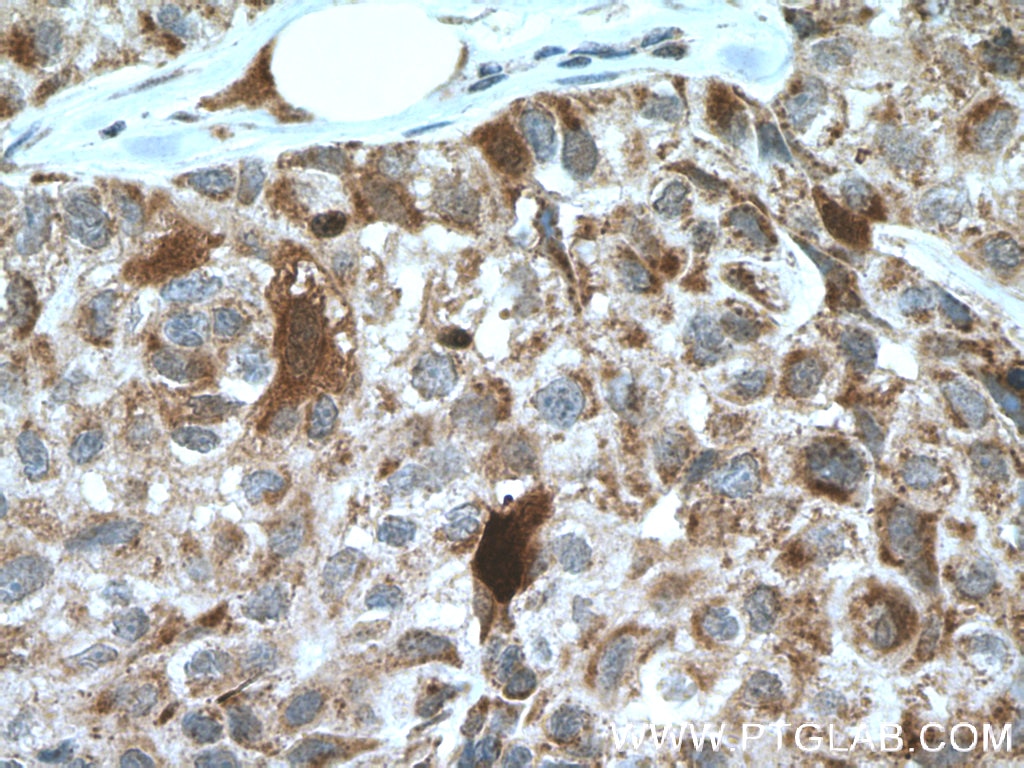 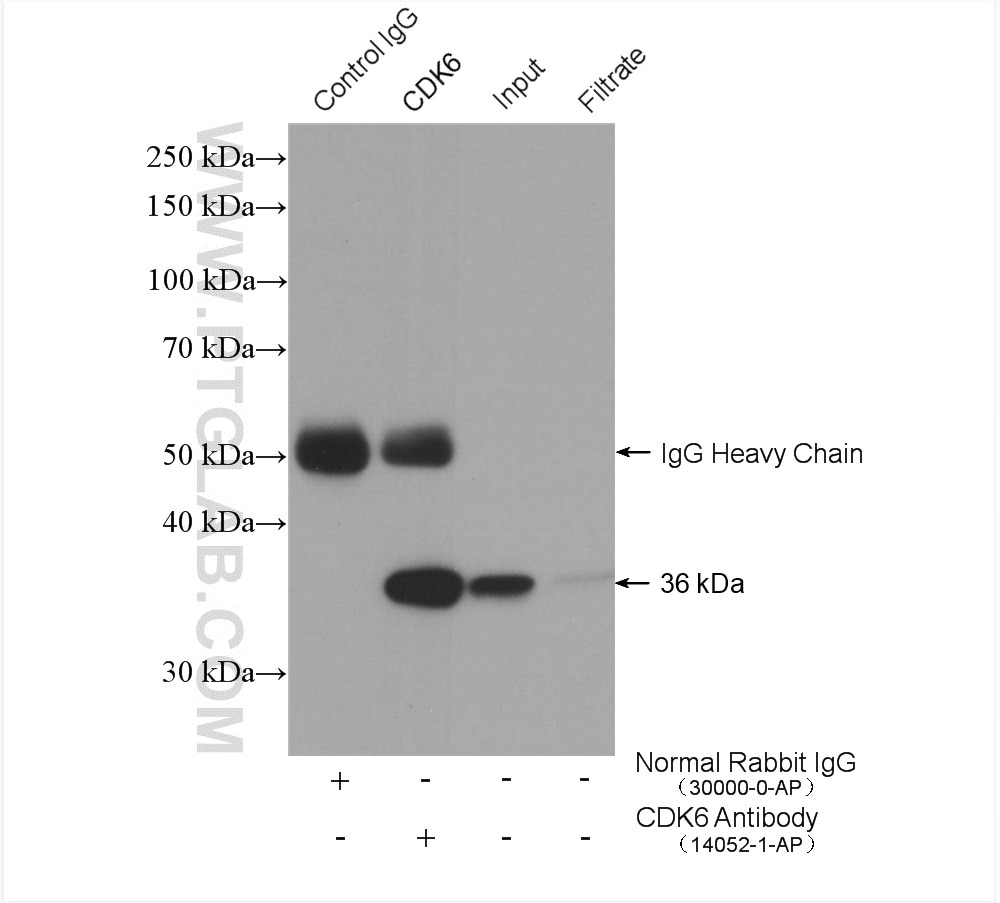 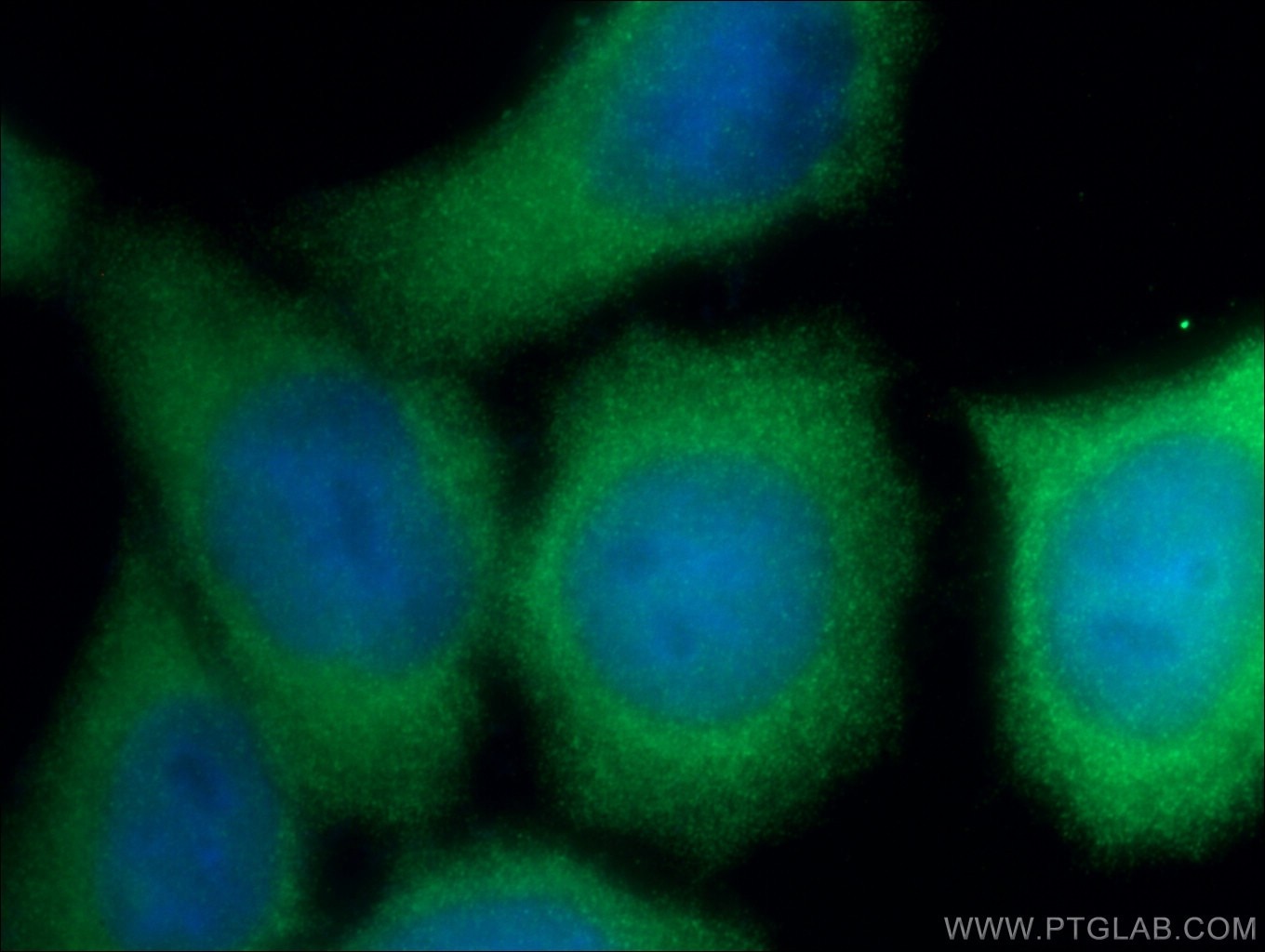