How to choose your recombinant proteins, cytokines & growth-factors

How to choose your recombinant proteins, cytokines & growth-factors

Recombinant proteins are used throughout the life science industry in a plethora of applications; usually relating to the health and growth of cells. Their use ranges from cell culture in academic and biotechnology labs to bioprocessing, stem cell cores, and advanced (cell and gene) therapy.

Broadly, cells can be cultured in the presence of recombinant proteins to induce the desired physiological effects on the targeted cells; usually related to health, growth, or activation of cultured cells prior to functional use or analysis. 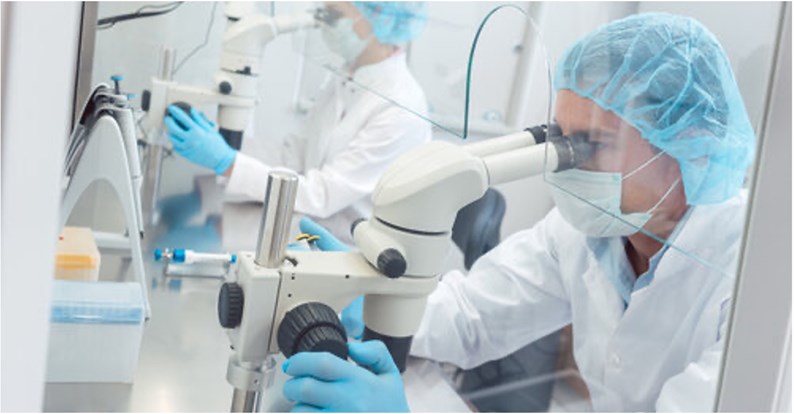 Due to their importance in cell culture and therapeutic systems, there are several considerations to evaluate when choosing a recombinant protein for your own cultures.

The expression system used in the generation of recombinant proteins has a considerable effect on the resulting product. The use of E. coli by Genentech to produce recombinant human insulin was an important landmark in the development of active human proteins. As research has moved forwards in the years since this discovery the needs of active recombinant proteins have changed. In some instances, glycosylation and post translation modifications (PTMs) are needed to realise the desired activity for a protein; something that is available through use of eukaryotic expression systems exclusively. This led to the development of both insect, and mammalian (Chinese Hamster Ovary – CHO) systems. For human applications and research, a human expression system is ideal. Proteintech’s HumanKine recombinant proteins are human embryonic kidney cell (HEK293) derived.

Recombinant proteins derived from a human cell (HEK293) expression system possess many advantages over proteins from bacterial systems such as E. coli, due to their ability to produce human recombinant proteins with native PTMs and glycosylation (like CHO). However, Proteintech’s HumanKine proteins have advantages over proteins derived from other eukaryotic systems such as insect or CHO – these are discussed below.

Though CHO and insect cells are eukaryotic, their ability to process human proteins does not match human cells in many cases. For example, human cells can generate more mature Activin A dimers than CHO cells (figure 1).

Glycosylation is crucial to stability and activity. CHO and insect cells have vastly different machinery for this process, producing glycosylated species that can be very different from humans.

Due to native glycosylation and maturation, human cell-expressed proteins can outperform other systems in terms of stability. For example, HumanKine FGF has greater stability in culture than an E. coli derived FGF (figure 2), allowing for fewer media changes.

The above features synergize to create proteins that tend to have higher activity than those produced in other expression systems (figure 3).

HEK293 derived recombinant proteins often have higher purity than proteins derived from other expression systems - Proteinech’s HumanKine recombinant Wnt-3a protein is an example of this (figure 4).

The breadth of information provided by the company on their recombinant proteins should provide an insight into the depth of validation performed by the company, and therefore the product quality. This information should include bioactivity (with bioassay validation), purity, endotoxin concentration, and SDS-PAGE validation.

The bioactivity of a recombinant protein can be important when comparing products from different companies. They are often provided as an ED50 or EC50 (dose which provides 50% maximal activity – lower is better) in ug/mL or pg/mL. Alternatively, you will see units/mg (higher is better).

These concentrations are assay-specific, so whilst they are useful for a comparison of the activity of proteins from different companies, it is always a failsafe to perform parallel benchmarking of competing products to know which will work best in your own applications.

The purity of a recombinant protein has an influence on the overall quality of the final product. It is important to use proteins with the highest purity possible (ideally >95%) to ensure the product you use is as free from other extraneous proteins, endotoxins, or anything else that could interfere with the physiological mechanism of action of your recombinant protein.

Endotoxins in commercially available recombinant proteins have been known to interfere with the biological activity of the protein, or the cultured cells. Endotoxins such as LPS can activate immune cells in culture; even at ‘commercially acceptable levels’ (1). It is important that the recombinant protein you buy is endotoxin-free or has extremely low levels of endotoxins.

What do you get when you buy a GMP-grade product?

All the above considerations are important when trying to decide which recombinant protein to purchase for your experiments. They help to provide an up-front insight into which product may perform better and work best for your own applications. It is also important to understand how these recombinant proteins work in your hands; and therefore, we also recommend that you test shortlisted products, in parallel, if possible, before making a final decision.