ESCs and their brief definition

During early embryonic development, the cells remain relatively undifferentiated and possess the ability to differentiate into almost any tissue type within the body (Figure 1). ESCs have two important characteristics: self-renewal and pluripotency (1), both of which are widely used in in vitro applications (2).

Humankine products might be a helpful tool in obtaining a specific cell type. 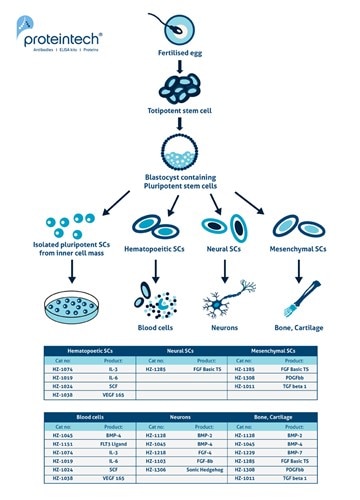 Figure 1. Pluripotent stem cells such as embryonic stem cells (ESCs) originate from the inner cell mass (ICM) of the blastocyst. The ICM cells can differentiate into any tissue type of the body, excluding extraembryonic lineages. Adapted from (3).

The first ESCs were isolated from the inner cell mass (ICM) of mouse blastocysts over 30 years ago (4). These cells were pluripotent and were referred to as blastocyst ESCs (5). Since then, ESCs have been isolated from a plethora of sources, such as the ICMs of pre-implantation embryos, and even from other mammals, including sheep in 1987 (6), rabbits in 1993 (7), cattle in 1994 (8), pigs in 1995 (9), humans in 1998 (10), and, finally, rats in 2008 (11). They have also been successfully derived from the different stages of human embryos (i.e., blastocyst, morula-stage embryos, arrested blastocyst embryo, and blastomeres), in addition to being derived from human somatic cell nuclear transfer (SCNT) embryos, termed human nuclear transfer ESCs (NT-ESCs) (5, 12).

ESCs display some very particular features, making them a unique tool for applications such as studying the underlying mechanisms of a disease, mimicking cell and even organ development in vitro, compound screening for drug development, and, ultimately, cell replacement therapy. They are relatively easily expandable cells and have the ability to differentiate into any mature cell type of an organism.

Over the years following their isolation, various methods have been employed to address the specific requirements of ESCs and to improve methods for their derivation and culture. Indeed, if the culture medium in which the stem cells grow is undefined or inadequate, spontaneous differentiation and reduced reproducibility of experiments are bound to occur. It was previously thought that inhibition of MEK/ERK and glycogen synthase kinase-3 (GSK3) signaling, combined with activation of Stat3 by Leukemia Induced Factor (LIF HZ-1292), were together sufficient to promote the pluripotent ground state of emergent ESCs (13, 14). However, a more recent and adequate method is to culture the cells with basic Fibrosis Growth Factor (bFGF HZ-1285), a heparin-binding growth factor, which has been proven to have better effects in promoting human ESC (hESC) self-renewal (15). Other components required to maintain stem cell characteristics are:

To alleviate the consequences of xenograft in stem cell culture (i.e., the formation of toxic proteins, increased risk of animal pathogen, and complications in developmental studies), hESC lines grown in a defined medium with animal-free products have been used, and these have obtained better results (17).

Some of the potential applications of ESCs are in cardiovascular diseases, spinal cord injuries, and glaucoma. A recent study by Shroff et al. showed that hESCs transplanted to the injury site of spinal cord injury patients improves body control, balance, sensation, and limbal movements (18). Additionally, ESCs can be directly differentiated into insulin-secreting β-cells (marked with GLUT2, INS1, GCK, and PDX1), which can be achieved through PDX1 mediated epigenetic reprogramming (19).

Furthermore, direct conversion of human fibroblast into different induced subtype neurons (iNCs) was also achieved by the overexpression of neurogenic factors (20-23). The generation of induced pluripotent stem cells (iPSCs) and iNCs provides novel tools for in vitro cellular modeling and mimicking neural development, allowing us to uncover the dynamic pathology of neurodegenerative disease as well as being valuable for the development of potential cell replacement therapies.

Comprehensively, the recent advances in hESC biology have generated great interest in the field of stem cell-based engineering; however, issues regarding their safety must be overcome first. One of the biggest concerns in using ESCs is ensuring that each established ESC line is isolated from pre-implantation embryos. Consequently, this procedure is ethically challenging and is even prohibited in some countries.