Granulocyte-macrophage colony-stimulating factor (GM-CSF) is important in inflammatory, infectious, and autoimmune diseases. It can affect various cell types by promoting the survival, proliferation, activation, or differentiation of various hematopoietic cell lineages, such as macrophages and dendritic cells (1).

GM-CSF is a homodimer extracellular polyprotein, mostly known as a hematopoietic growth factor and immune modulator. The lungs are the major source of GM-CSF, and the majority of pulmonary cells can synthesize this cytokine in response to various stimuli (2). GM-CSF stimulates the development of early erythroid megakaryocytic and eosinophilic progenitor cells (3). GM-CSF also stimulates stem cells to produce granulocytes and monocytes to cope with infection (4, 5).

Proteintech’s Humankine® GM-CSF is made from HEK293 human cells, conferring authentic glycosylation and folding in addition to superior stability and activity. 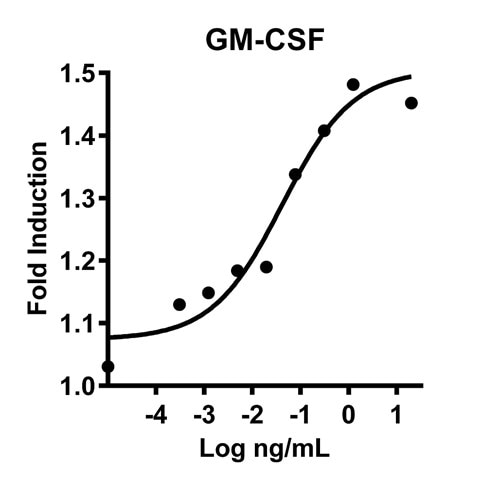 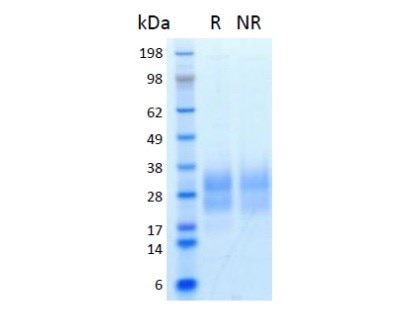 Proteintech’s Humankine® GM-CSF was used in a study showing the potential treatment of juvenile myelomonocytic leukemia with a GM-CSF-neutralizing antibody and JAK2 inhibitors (6). Additionally, it has been cited in a phase 1 study for HER2-expressing breast cancer patients (7).

Little is still known about how GM-CSF production is regulated in T lymphocytes. Does GM-CSF produced by T cells play a role in regulating the differentiation and function of antigen-presenting cells? Even more importantly, can T cells respond directly to GM-CSF? Working with Proteintech’s GM-CSFHumankine might help to answer such questions, in addition to making it possible to better define its further clinical applications.

1. Granulocyte-macrophage colony-stimulating factor (GM-CSF) and T-cell responses: what we do and don't know.

2. GM-CSF: An Immune Modulatory Cytokine that can Suppress Autoimmunity.

6. GM-CSF-dependent pSTAT5 sensitivity is a feature with therapeutic potential in chronic myelomonocytic leukemia.

7. A phase 1 study of a heterologous prime-boost vaccination involving a truncated HER2 sequence in patients with HER2-expressing breast cancer.