Antibodies for neuro-related diseases, including Alzheimers, Parkinsons and Huntington's Disease 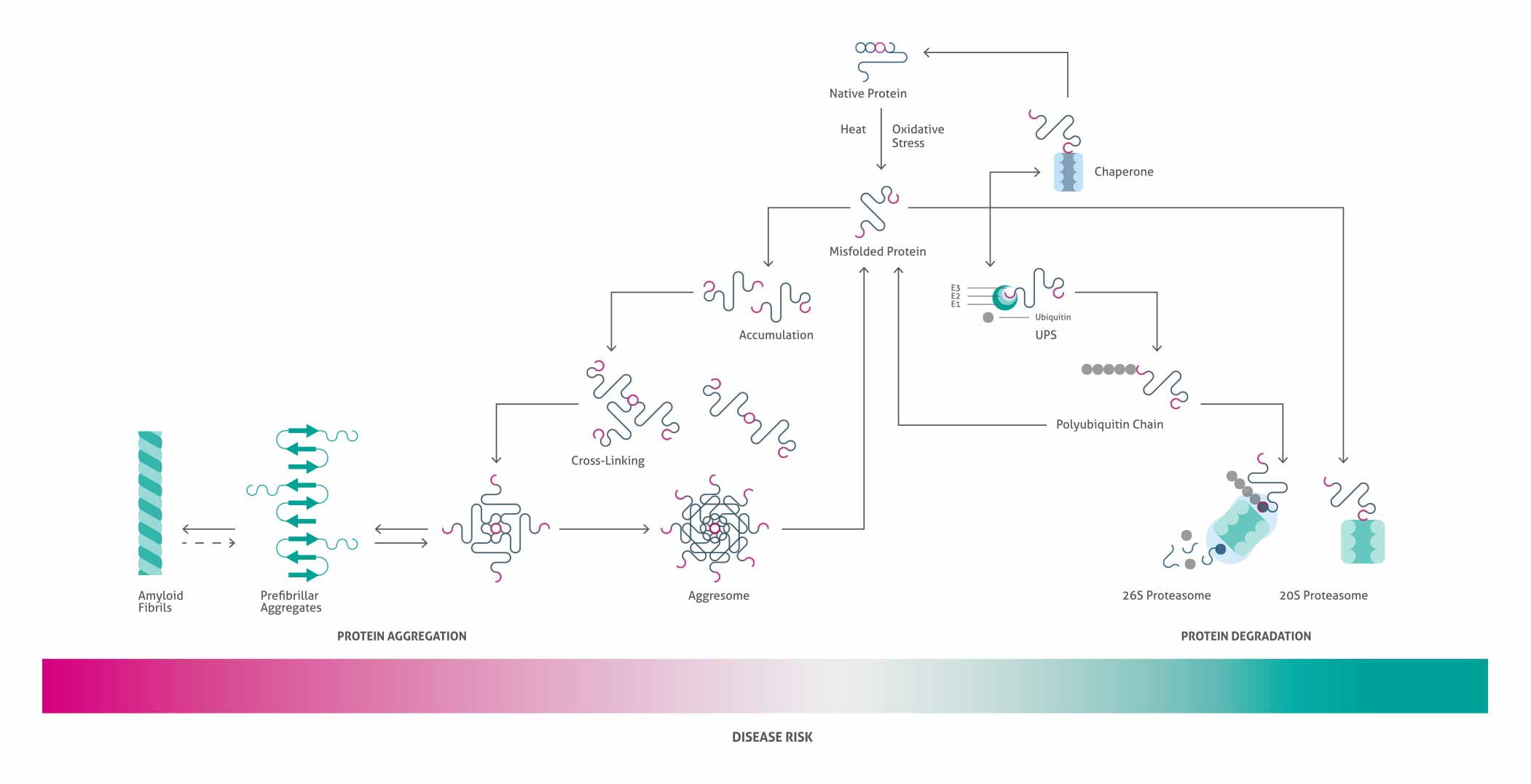 Protein misfolding events occur in healthy cells, but cellular mechanisms are in place that either help misfolded proteins refold correctly (e.g., protein chaperones) or remove them by protein degradation - see diagram above. This protein “triage” system is essential to maintaining the health of a cell. When this system malfunctions, or is overwhelmed by misfolded proteins, the balance shifts from protein refolding and/or degradation toward protein accumulation. Diseases characterized by fibrillar protein deposits show the extreme result of protein aggregation, where proteins in abnormal beta-sheet conformations cross-link irreversibly to form long, insoluble fibrillary complexes.

Neurodegenerative diseases and their pathologies 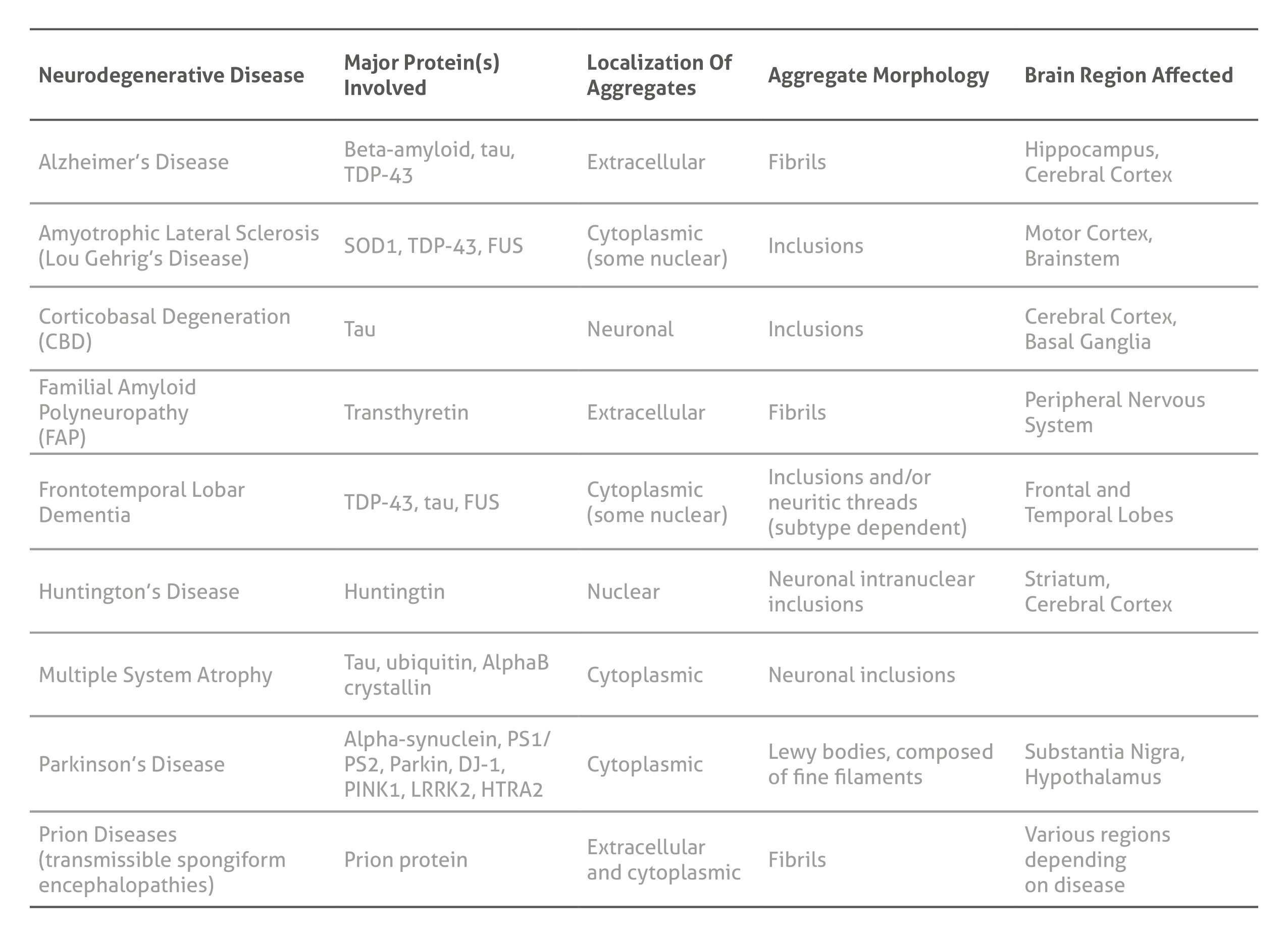 Alzheimer’s disease (AD) is a chronic disorder that slowly destroys neurons and causes serious cognitive disability. It is the most common form of dementia. AD is associated with senile plaques and neurofibrillary tangles (NFTs). Amyloid-beta, a major component of senile plaques, has various pathological effects on cell and organelle function. Extracellular amyloid-beta oligomers may activate caspases through the activation of cell surface death receptors. Alternatively, intracellular amyloid-beta may contribute to pathology by facilitating tau hyper-phosphorylation, disrupting mitochondria function, and triggering calcium dysfunction. To date, genetic studies have revealed four genes that may be linked to autosomal dominant or familial early-onset AD (FAD). These four genes include amyloid precursor protein (APP), presenilin 1 (PS1), and presenilin 2 (PS2). All mutations associated with APP and PS proteins can lead to an increase in the production of amyloid-beta peptides, specifically the more amyloidogenic form, amyloid-beta 42. FAD-linked PS1 mutation downregulates the unfolded protein response and leads to vulnerability to ER stress.

Parkinson's disease is a long term disorder of the central nervous system which mainly affects the motor system of the CNS. Mutations in the a-synuclein gene are responsible for some familial forms of Parkinson's disease. The pathological hallmark of PD is an aggregation of synuclein in the form of Lewy bodies.

The Neurochemistry of Parkinson's Disease