Imaging the Rainbow: Multiplexing with Same-Species Antibodies for Immunofluorescence

Improve your IF multiplexing with these expert tips from our guest blogger, Derek Sung (IG: @Immunofluoresence)

Immunofluorescence (IF) is an incredible biomolecular technique that allows for detection of specific proteins using antibodies against that target raised in an animal, such as a rabbit, mouse, etc. This technique allows for analysis of protein expression at the cellular and sub-cellular level while preserving cellular and tissue architecture and can be performed on anything from cultured cells to tissue sections to entire organs.

There are a few ways of using two antibodies from the same species, such as using specific antibody isotypes (IgG vs. IgM) or subclasses (IgG1b vs. IgG2b) and their corresponding secondaries. Proteintech has a wide range of both primary and secondary antibodies that allows for this versatility. Another way is to use conjugated antibodies (antibodies with a fluorophore already attached) to multiplex with the same host species, which will be the focus of this blog post. If at least one of your antibodies is conjugated, you can do this method!

Conjugated antibodies are great for many reasons:

Some disadvantages of conjugated antibodies are:

Outlined below are two scenarios in which you can use conjugated antibodies for multiplexing with antibodies of the same species. 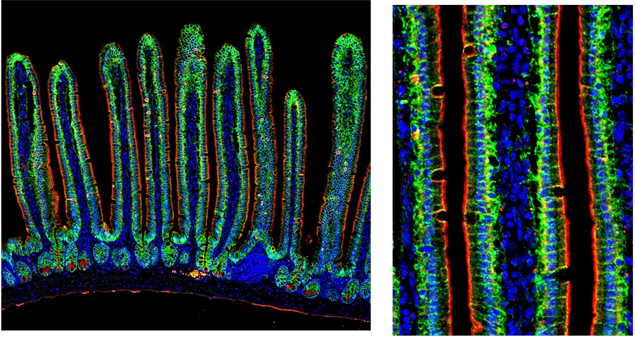 You’re in luck! If two (or more) of your antibodies are the same host species and conjugated, you can add them all directly to your sample. Since no secondary is involved, there will be no cross-reactivity. Just make sure all the conjugated antibodies contain different fluorophores.

Advantages of CoraLite direct staining for IF

How to reduce autofluorescence

Save time on your immunofluorescence experiments

9 Tips to optimize your IF experiments

Conjugation of fluorescent dyes to Nanobodies