The relationship between glucose, energy, mitochondrial dysfunction, and disease.

The relationship between glucose, energy, mitochondrial dysfunction, and disease.

One of the central regulators of cellular and organismal metabolism in eukaryotes is AMP-activated protein kinase (AMPK). It is a highly conserved metabolism master regulator that restores energy balance during metabolic stress at both the cellular and physiological levels. AMPK monitors the ratio of AMP/ATP, and also that of ADP/ATP (Figure 1). AMPK is switched on by increases in the AMP/ATP ratio via three mechanisms, all of which are antagonized by decreases in the AMP/ATP ratio. 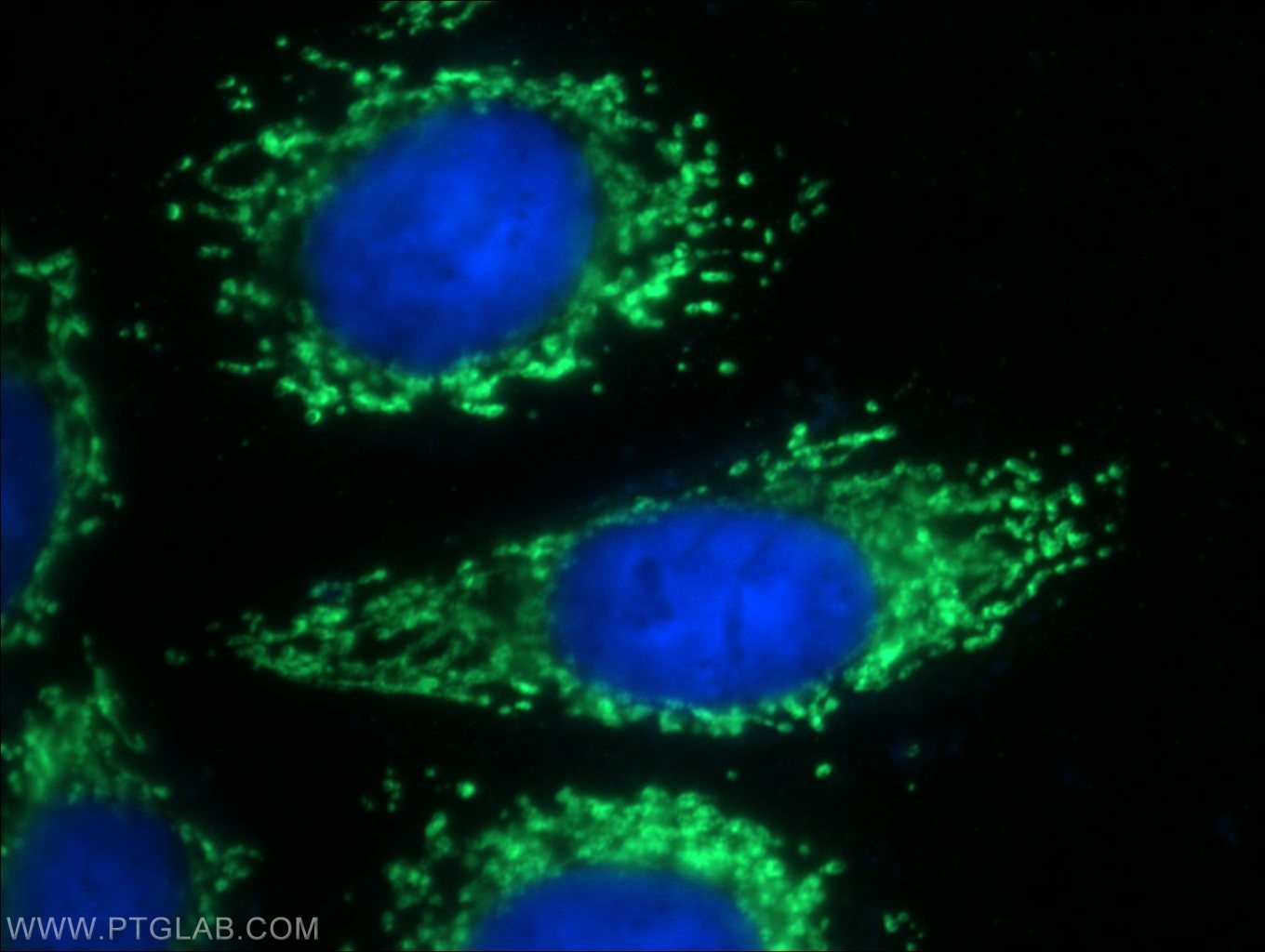 AMPK has recently been associated with cellular processes such as autophagy and cell polarity. It has been also implicated in several species as a critical modulator of aging through its interactions with mTOR or sirtuins (Figure 2). The kinase is activated in response to stresses that deplete cellular ATP supplies such as low glucose, hypoxia, ischemia, and heat shock. 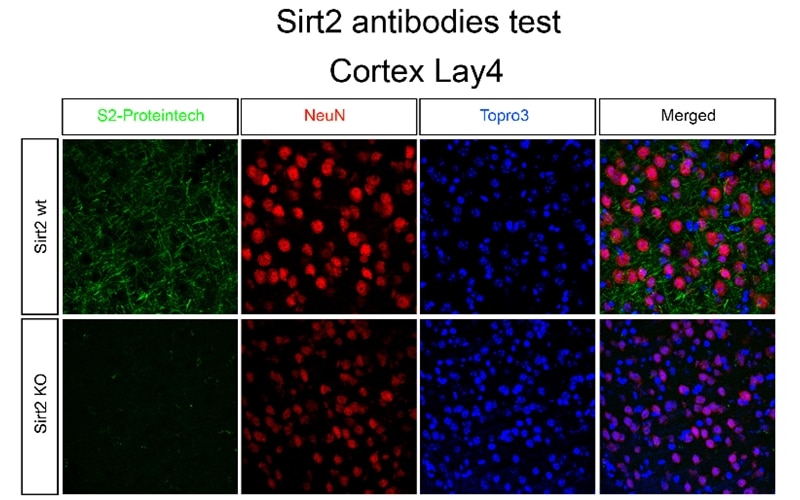 Among its many functions, IFT88 helps mediate intraflagellar transport, which is essential for the assembly and maintenance of cilia and flagella in many organisms. It is also involved in autophagy since it is required for trafficking of ATG16L (Figure 3) and expansion of the autophagic compartment. Proteintech polyclonal IFT88 antibody (Figure 4) has appeared in over 100 publications to date. One such publication is related to Kif3 protein, and its role in mammalian Hedgehog (Hh) signaling, whereby researchers used the anti-IFT88 antibody as a marker for cilium retraction along with acetylated tubulin in IF staining. 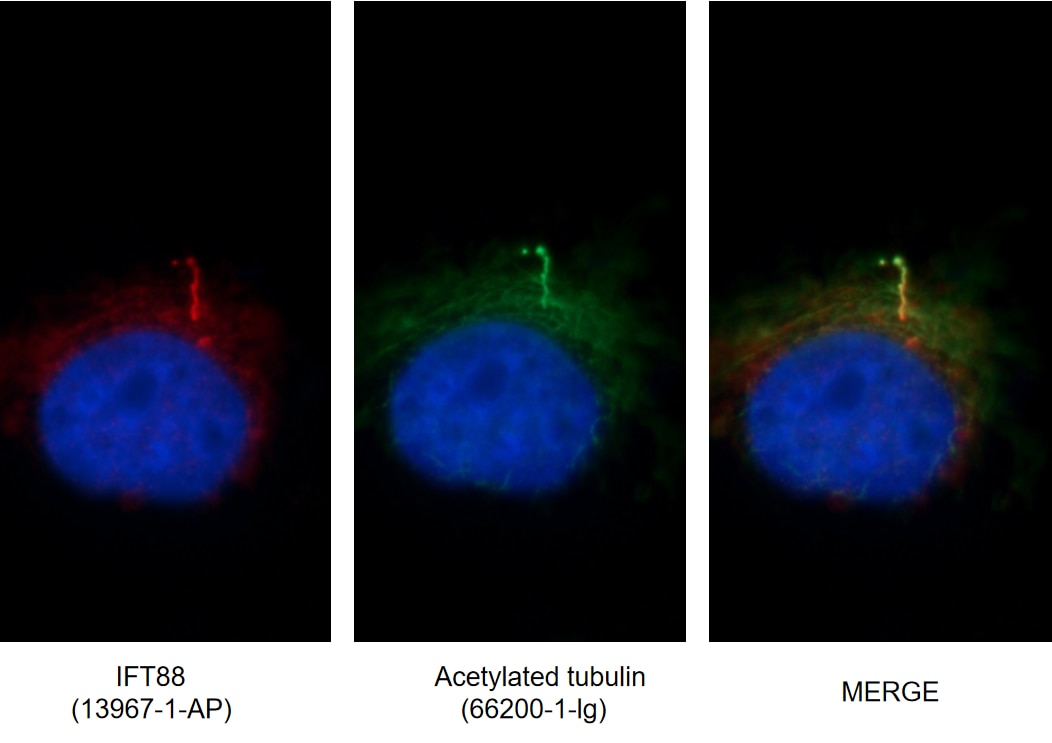 GSK3 (Glycogen Synthase Kinase-3) is a signaling mediator involved in a variety of different signaling pathways, including WNT, growth factors, insulin, and Hedgehog pathways. Recent studies have shown GSK3 dysregulation to be associated with a number of diseases, including Type II diabetes, inflammation, cancer, and bipolar disorder.

While performing WB and IHC experiments with Proteintech antibody (Figure 5), Chen et al. studied the role of GSK in endometrial carcinoma. As a conclusion, they suggested that GSK-3β may be a novel and important therapeutic target in the treatment of that type of cancer. It has also been suggested that inhibition of GSK enhances its to undergo oxidative metabolism and has protective effects on neurons, counteracting ischemic neuronal death. 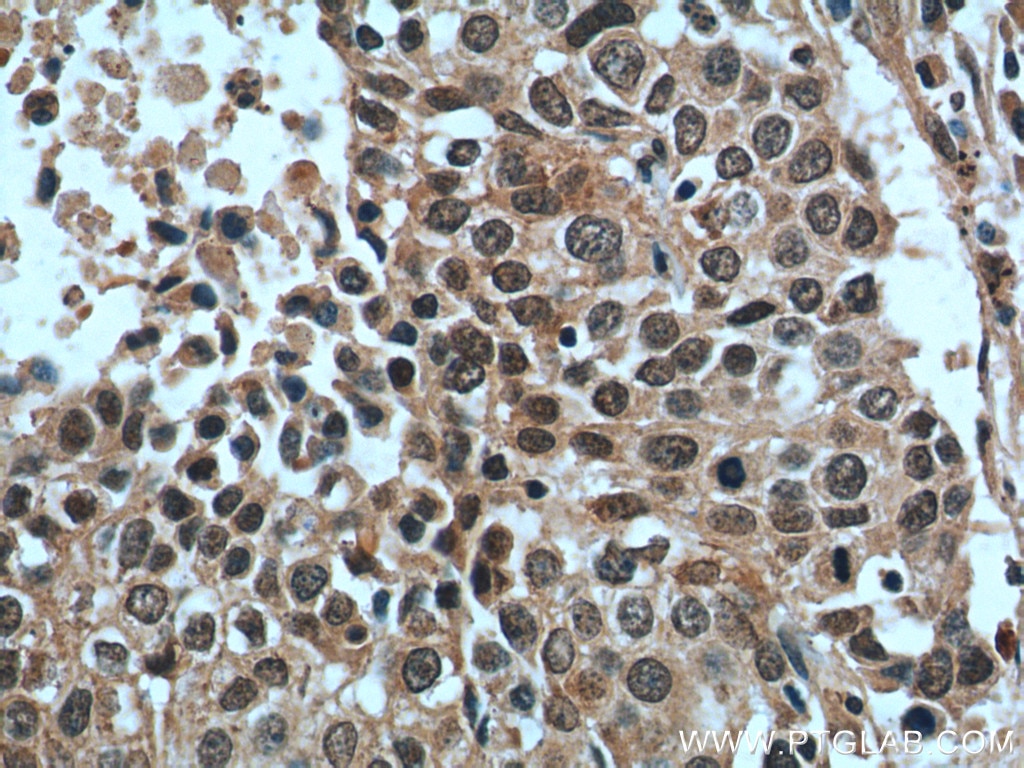 Find out more about GSK and all Proteintech antibodies related to metabolism research here.